OUR FIRST SUNSET MUSIC FESTIVAL BUT DEFINITELY NOT OUR LAST!!!!!!!

FESTIVAL SEASON FESTIVAL SEASON! OH YES IT IS!!! We have been wanting to go SMF since last year but unfortunately I was not old enough at the time. Now that I'm of age I want to go to every possible festival because they are just amazing! Let me just say this was by far one of the best weekends I've had in awhile. And it all started off on thursday, just TWO DAYS! TWO DAYS! before the festival I freaking won a pair of tickets to Sunset Music Festival!! I promise you all I almost died! I literally was screaming my lungs out in excitement. I've been wanting to go to SMF so bad this year but I kinda waited til last minute to buy a ticket and lets just say those increases in prices were not cutting it haha. Anyways one day I was listening to the radio where I heard " have you got your tickets to smf yet, if not call in and you could be our lucky winner today" , so needless to say I whipped out the phones and started calling. I tired several times.....and then, at exactly 2:20pm on Thursday May 21st I was officially going to Sunset Music Festival thanks to hot 101.5! And you knowwww it was time to hit the mall for outfits now!!
Friday consisted of shopping for out outfits and DIYS which came out really freaking good!!

Then it was Saturday Morning!!! DAY 1 of SMF! As we put our flash tattoos on, our outfits, did our make up, and even the drive there, we still couldn't believe that it was happening!! Like we were on our way to Sunset Music Festival for the very first time!. Day 1 went kinda rough at first. When we arrived we had to stand in super long lines, like lines that moved literally 2 feet every 15 mins to pick up our wristbands. After 30 minutes it started pouring rain and everyone was told to go to the emergency area. So ruining for shelter we go... make up smearing, hair frizzing, and water seeping way into the chucks. We get to the Shelter area and were soaking wet. Everyone still jamming and raving rain and all. After about 30 minutes we head back to the stadium back in line to wait for our wristbands which felt like forever!! We finally made it to the front of the line, handed the guy our tickets and got our wristbands.. but now it was time to wait in more lines to enter the festival. After about 20 more minutes we were finally in and ready to rave!

We checked out all three stages and stayed at the horizon stage because when we got in, it was almost time for cashmere cats set which we most definitely are glad we didn't miss!! He was so amazing we jammed out for his entire set because he was too lit. After that it was off to see Skrillex, but the crowd was so huge we were so far back we couldn't see much, but that sure didn't stop us from jamming out. Some way through his set Celine was feeling raved out so we sat down for a break. Laying in the grass like the natural hipster she is, we charged up for 15mins then it was back up to see Tiesto!  We made it half way through the crowd but I definitely wanted to be way front for Tiesto and I was gonna squirm my way up there, so Celine said you go I'm saying back its to hot and way to tight up there. Of course minutes later I was smack front stage and jamming out with new friends I met. Let me just say everyone at festivals have this really cool vibe, like we just all jam together no matter if you've know each other 5 minutes or 5 years. Being front stage was the best time ever! I headed back 10 mins before the set ended to find Celine and then we headed out to the car before the crowd hit. We waved goodbye under the fireworks that concluded Day 1 of SMF. 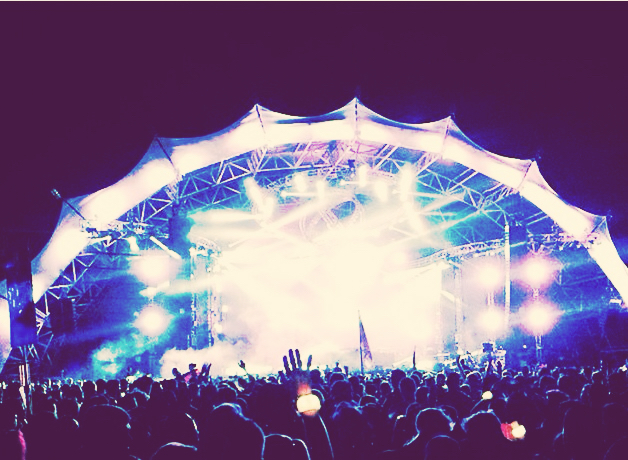 DAY 2 here we come!!!!!!!!!.........well minus Celine that is Hahaahaha. She was worn out and raved out, body aching, and feet so sore that she couldn't manage day 2. So I was off without her to meet up with a group of friends. I was so pumped I was pre-raving in my car all the way to the stadium hahaha. Finally I met up with friends and it was time for the fun of day 2 to begin! Day 2 was just as crazy as day 1 if not more. Chainsmokers, Keys N Krates, and much much more. I danced and raved so much until my knees were weak and the group was all tired. So yet again we had to take another break again on day 2 and recharge up. I promise you that little 15 minute sit down was all I needed to get me through the rest of the night. After that it was back up on the floor for Showteck, Armin Van Burren, and best of all Flosstradamus! He had me dancing so much I was sweating bricks, and my clothes were soaking in sweat! His set was so fire words can't even describe. As the night came to an end we were farewelled by yet again another firework show walking to the car as we said our goodbyes.

SUNSET MUSIC FESTIVAL 2015 YOU WERE A SUCCESS! YOU WILL FOR SURE BE MISSED! BUT UNTIL NEXT YEAR MY FELLOW RAVERS!!!:))) 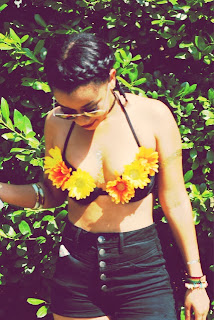 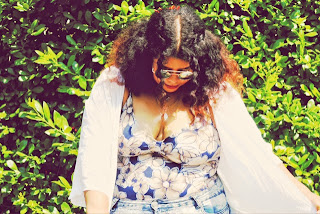 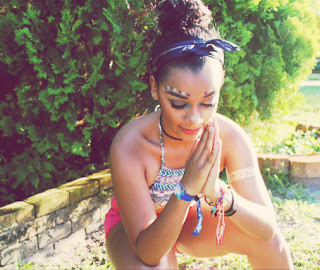 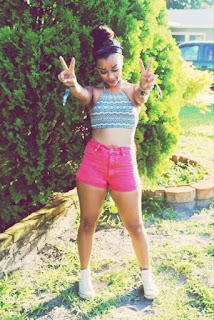